From NAME's President, Roy Moore:  As most of you already know and by the end of this article (picture) will certainly know, I am not the miniaturist in our family. However, I did start and make some progress on this caboose which is 1:24 scale or garden railway schedule. A number of years ago, I met Kevin Lamb at the Chicago show. He was walking down the aisle coming toward us and I told Shannon, "I'm going to recruit this guy into the Men's Garden Club." She laughed at me in that way that says "You are totally crazy".  Well, not to be deterred, I introduced myself, gave him the speel on the Men's Garden Club, telling him that if he joined, he would "Get a NAME membership as a bonus." It turns out he and his wife Sandra are from New Zealand and come most years to do some car touring in the states and just stopped at the Chicago show to check out the minis. They were starting their tour in Chicago and he was interested in garden railway stuff. So, he joined the Men's Garden Club with a complimentary NAME membership and remains a friend and NAME member to this day. We spent some time hitting hobby stores looking at garden railway stuff, enjoyed each other's company, and at the end of the show, Shannon and I told them if they were ever out driving around in Florida, to give us a call and come visit. Well, several weeks later, we hear "Beep Beep" and then "Knock, Knock" at the door and there they were, staying for a few days while Kevin and I hit more hobby shops in South Florida. By this time, I was somewhat interested in the garden railway stuff too and bought a few cars and some tracks plus a magazine which had a pattern for the caboose. So, I learned a lot of things I'm not good at, including sharing Shannon's tools but did make some progress and, like many of you with unfinished projects, my first one is unfinished but I'll keep it as long as I'm around. Tell me a story about your first mini-project and send it and a picture to me at shotgun.mgc@gmail.com. Be sure to send your mailing address so we can send you a ‘thanks for sharing’ gift.  You'll soon find yourself and your mini project featured here on the Create Site. 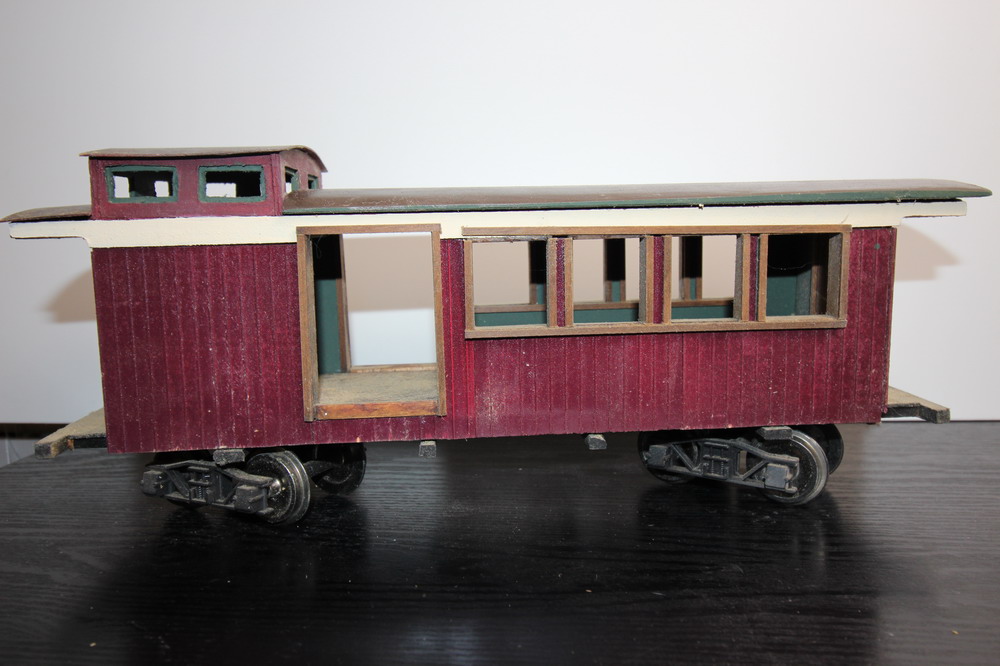 Create.Miniatures.org
was created by NAME for the miniaturist community.
Your membership and support make it possible.